At the time of recording there are nearly 200 Trip Hacks DC YouTube videos and dozens of podcast episodes with travel tips galore! But how do you tie all of those tips together into a tip itinerary? This episode’s guest walks you through how he took the tips he learned from Trip Hacks DC and designed an itinerary around them.

Rob welcomes Doug McKnight to the podcast. Doug is a fellow podcaster and co-host of Rope Drop Radio, a podcast by two dads who love Disney. He is an expert on Disney parks and Disney cruises but is also a great travel planner no matter the destination.

Episode sponsor: This episode is sponsored by Rope Drop Radio. Listen on all the podcast apps and follow along with them on Twitter and Facebook. And by travel agent Michelle McKnight, a Destination Specialist with TouringPlans. Whether you want to travel to Disney World or Washington, DC or anywhere in between, Michelle has you covered.

One of the best thing about Doug’s family trip is how smartly he planned everything. Thought went into every part of the process, from which airport to use to which neighborhood to stay and, of course, the list of activities. Doug’s family trip was 5 nights, which he thought was the perfect length, and what Rob would have recommended for a similar family asking for advice. Head over to Doug’s podcast to hear his own trip report.

Traveling to Washington DC by Air

Doug’s family flew from Omaha (OMA) to Regan National (DCA) on Southwest Airlines. This was a nonstop flight which meant a quick trip with no connections. DCA is one of the most convenient airports in the U.S. and the proximity to downtown was a big selling point for Doug compared to the other two Washington, DC airports. He considered taking Metro into the city, but with five travelers, luggage, and the fact that they arrived during a weekday rush hour, he choose Lyft instead, which worked out just fine.

Where to Stay in Washington DC

There are an almost overwhelming number of hotel choices in Washington, DC. We covered some tips for choosing a hotel in a past podcast episode. The Trip Hacks DC Recommended Hotels Guide is also a great resource. Doug chose a hotel in an area outside of those recommended in the guide – but it was for good reason! Since Doug was traveling as a family of five, many hotels would have required them to book two rooms. Instead he choose the Residence Inn Washington, DC/Capitol. Doug liked that this hotel was close to the National Mall and Metro. He didn’t like that it was a business area that was very quiet on a holiday weekend. Doug says if he was traveling as a group of four or fewer he would have chosen a hotel in one of our recommended areas.

Here’s a round-up of the activities that Doug’s family did during their trip. 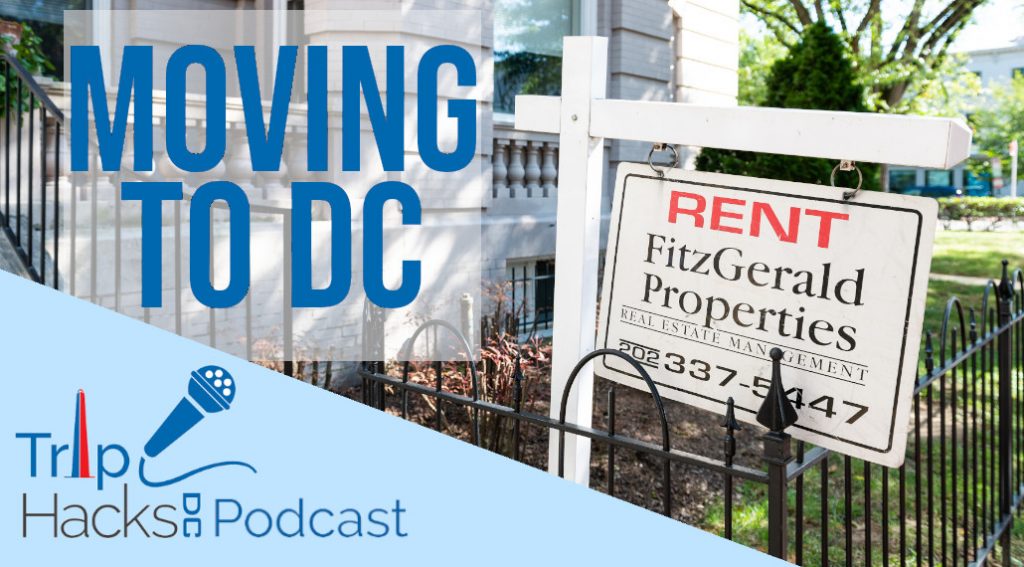