Podcast Ep.12 Everything You Need to Know About Washington, DC Weather

Washington, DC is a city with four seasons. Visitors experience very different weather depending on the time of year they come. Don’t let Washington, DC weather catch you off guard! Rob is joined by Jason Samenow for an in-depth weather discussion and advice for DC visitors.

Jason is the Washington Post’s Weather Editor. In 2004 he founded CapitalWeather.com which has grown over the years from a one-man blog to a major operation with a team of writers at the Washington Post. That project is now the venerable Capital Weather Gang.

Washington, DC has four seasons, and your experience will vary based on the time of year you visit. If you have flexibility to pick when you visit, think about what kind of weather you enjoy.

If you like the heat you will find it here in July and August. If you prefer the cold, January and February are the chilliest months of the year. If you’re not into the extremes, spring and fall are excellent seasons to visit. May has the most consistently springlike weather while September is a nice transition from summer to fall.

Once your trip is getting close you’ll want to turn to your favorite trusted Washington, DC weather resource for specific details. Trip Hacks DC recommends Capital Weather Gang. They have forecasts about seven days into the future and you can get a snapshot for the upcoming week. Another great resource is the National Weather Service. Search for Washington, DC to see their official forecasts.

Apps like Weather.com and AccuWeather can be helpful. But be careful about looking at forecasts too far into the future. The farther a given date is into the future, the less accurate the forecast will be. Forecasts more than a week into the future are not worth spending much energy on.

Capital Weather Gang looks at several models to come up with their forecast. When the models agree, they indicate a high degree of confidence. When the models don’t agree, they indicate a lower level of confidence. Forecasts one to three days in the future are usually given a high confidence. Forecasts four or more days in the future are in the moderate or low confidence range. Capital Weather Gang is all about transparency so it’s important for them to convey what they know and what they don’t about upcoming Washington, DC weather.

A cool thing that Capital Weather Gang does is called the Daily Digit. It is a ranking on a scale of zero to 10. Every day of the year gets a score. Zero is very rare and only happens once or twice a year on completely miserable days. Low digits are also reserved for dangerous and disruptive weather. A ten might happen on a day with clear blue skies, comfortable temperatures, light winds, and low humidity.

Summer in DC is tough because of the heat but more importantly because of the humidity. Humidity is a measure of the amount of moisture in the air. So, the more moisture in the air the thicker or more uncomfortable it feels. Washington, DC has high humidity due to the fact that prevailing wind direction in the summertime is usually from the south and southeast. So we get warm air from both the Atlantic Ocean and sometimes from the Gulf of Mexico.

Summer thunderstorms and common and they pop up because high humidity makes the atmosphere unstable. These popup storms are technically called “air mass thunderstorms”. During the summer months you should consider carrying an umbrella, regardless of the forecast, because of these storms.

Washington, DC does occasionally see tornadoes. However, they are usually short lived and weak. There are exceptions, especially if your factor in Maryland and Virginia as well. If you do see a tornado warning, seek shelter immediately. The biggest risk from tornadoes comes from debris that gets caught in the wind. Speaking of which, even if a severe thunderstorm warning comes through you should seek shelter as well. It’s best to stay safe.

Toward the second half of August we start to see some improvement in the humidity, but it’s not always consistent. Late August is when we start to get some days that aren’t horribly muggy. That said, it’s not guaranteed. Even in September it’s possible to hit a string of muggy days. Once you get into mid October, you will not have those humid days.

Hurricanes and tropical storms do affect Washington, DC. We are about a hundred miles inland and won’t see a direct hit. However, we get the remnants of them. Hurricanes are most likely to affect DC by producing heavy rains. Sometimes we can get a surge of water up the Potomac River and flooding along the shore in places like Georgetown, southwest waterfront, and all the way to Annapolis.

Washington, DC winters are somewhat cold, not bitterly cold. Washington DC is a pretty moderate snow town as well. We get a snow storm almost every winter. They have only been two winters on record dating back to the late 1800s where we haven’t gotten any snow at all. In an exceptionally snowy year there have been snow accumulations over 40 inches. But in an average Washington DC winter there is about a 15 to 16 inches of snow.

On thing you might read or hear about is the polar vortex. This is when the cold air that swirls around the North Pole breaks loose and moves south. It’s basically an outbreak of particularly cold air. In most winters, the polar vortex will be disturbed at least once. In the past few winters it has happened two or three times.

Watch out for the wind chill. Even though the absolute temperate might not dip below freezing, the wind can make it feel a lot colder. The coldest and windiest months are January and February. December occasionally has a cold snap but for the most part stays rather mild. If you come to DC during a month when wind chill is a factor, make sure to layer your clothes. It’s easier to take something off if you don’t need it.

Spring is a popular season in Washington, DC thanks to the National Cherry Blossom Festival. The festival starts every year on the first day of spring: March 20th. The cherry blossoms have a very short window when they are in bloom and everyone wants to know the exact dates. However, they are hard to predict. Cherry blossom bloom depends heavily on Washington, DC weather.

The best predictor of the cherry blossoms is how cold or mild March is. If we have a cold March, they will bloom later. If we have a mild March they will bloom earlier. Sometimes, late February weather plays a role as well. Cherry blossoms can range anywhere from basically early to mid March (in an exceptionally mild year) to mid April (in a colder year). On average they bloom around April 1st to April 5th. To follow along in the spring, check out the “Bloom Watch” from the National Park Service or read Capital Weather Gang.

Which month has the best Washington, DC weather?

As far as the most comfortable weather, May and September are great Washington, DC weather months. May is a nice month because our average temperature is in the 70s and humidity hasn’t built up yet. In September, humidity can still hang on but it’s more more comfortable than the summer months. However in both May and September there is always a chance that you’ll hit a streak of wet days.

Does Washington, DC really get more rain than Seattle?

Yes! The old stereotype of Seattle as the rainiest city is not entirely true. The difference between DC and Seattle is that in Seattle it rains frequently but not heavily. Washington, DC has more sunny days but when it rains it pours and the total rainfall, on average, exceeds Seattle. While Washington, DC is hot and humid in the summer, Seattle actually has very comfortable days during those months.

In fact, 2018 was the rainiest year every recorded in Washington, DC. We experienced over 60 inches of rain, compared to an average of about 40 inches. That’s 50% above normal! The heavy rains even continued into the first third of 2019. There were several weather systems that stalled over the area and produced huge amounts of rain.

Why does the Tidal Basin flood?

Climate change projections show that we’re going to experience much more high tide flooding than in the past. The waters rise because glaciers are melting and the ice sheets are melting and low lying areas like the Tidal Basin are affected. There are people in Washington, DC who are already thinking about ways of holding back the water and dealing with flood protection. The biggest risk is when we have severe storms or hurricanes. That’s when the flooding could be even a more serious issue.

High tide flooding is projected to increase. That’s just the reality of a warming world. The military has been ringing the alarm bells for years as they have several bases in Washington, DC that they’re very concerned about. There are presumably engineering solutions to hold back the water. However, they will have costs and we have to think about how to best plan for it.

Don’t panic about your flight! We don’t recommended making any changes to your flight more than a couple days in advance. The forecast can change, especially when it comes to snow storms. Washington is often right on the rain/snow line, so more than a few days in advance it’s hard to know whether we are going to get a lot of snow or a lot of rain. Rain is much less disruptive to travel as long as it doesn’t freeze.

If there is severe weather in the forecast airlines will allow you to change your flight at no cost. So, take cues from the airlines. Don’t spend money to make changes to your itinerary until the forecast is settled and you know what your air carrier is going to do. Also, double check on the day of your trip before leaving for the airport to make sure there aren’t any delays or last minute cancellations.

Want to join us for a Washington, DC tour? 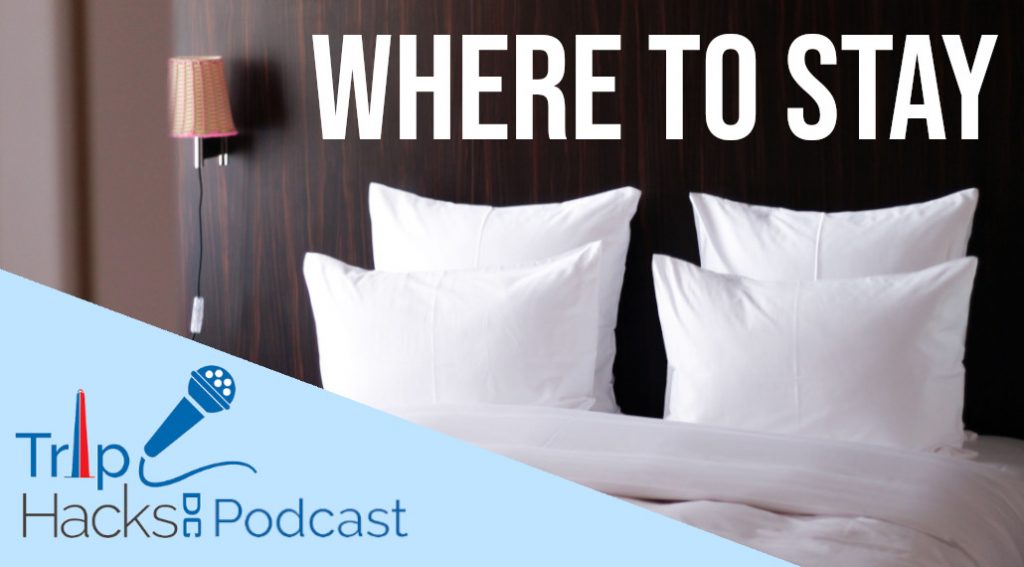 May 1, 2022 Podcast Ep.37 Where to Stay When You Visit Washington DC Read More