If you’re an Abe Lincoln history buff, this is the episode for you! Rob is joined by Rebecca Grawl, a local tour guide, and history to talk all about Abe Lincoln Historic Sites in Washington, DC. Rebecca is a veteran tour guide with Free Tours by Foot and A Tour of Her Own. One of her favorite tours to lead is the Abraham Lincoln Assassination Tour in the neighborhood around Ford’s Theater.

The Lincoln Memorial is one of the most visited sites in the nation’s capital, but it isn’t the only Abe Lincoln historic site! We rounded up some of the well known and lesser known places where you can learn about the life of our 16th president.

If you’ve visited Washington, DC in the past, odds are good that you’ve seen the Lincoln Memorial. It’s one of the busiest and most crowded spots in the city because everybody wants to see it! The Lincoln Memorial opened in 1922 which means it is nearly 100 years old (at the time of writing). We’re hoping the National Park Service has some fun activities planned for the centennial.

Lincoln’s Memorial is based on the famous Greek Parthenon. The giant staircase in front is meant to resemble the famous hill in Athens. There was a possibility of a different design. One of the most popular designs at the time was actually an Egyptian Pyramid! It’s quite lucky that the Greek architectural style ultimately won out.

After the Lincoln Memorial, Ford’s Theatre is probably the best known of the Abe Lincoln historic sites. It is located downtown, a short walk from the White House. It was (and still is) a working theater. The National Park Service operates the historic aspect of the site during the day, but if you’re into shows you can also check to see if there are any live performances happening during your trip.

Visitors need timed passes to see the theater during the day. You can get walk-up passes the day of your visit. But if you’re visiting during the busy spring or summer season, we highly recommend getting advance tickets on the Ford’s Theatre website. There is a small processing fee but it’s absolutely worth it to make sure you get to see the theater during your trip.

Transportation was a lot different back when Lincoln was president. He couldn’t hop on Air Force One and head home to Illinois any time he needed a break. Lincoln, along with other presidents of the era, had summer homes in Washington, DC. Lincoln’s Cottage is located a few miles north of the White House.

Even though we would consider the neighborhood around Lincoln’s Cottage “the city” today, it was definitely “the country” back when Lincoln lived there. This is where Lincoln worked on the draft of the Emancipation Proclamation. It is not free but well worth the price of admission. Check the website to see if you qualify for any of the discount tickets.

Not to be confused with Lincoln Park in Chicago, Los Angeles, or any of the other cities with a park named after Honest Abe. Lincoln Park is operated by the National Park Service but is located in a residential area a mile eat of the Capitol. It feels very much like a neighborhood park. Look for the Lincoln Emancipation statue. It is not very enlightened by modern standards but quite interesting from a historic perspective.

This is not the best known or even second best known cemetery near Washington, DC, but it is becoming more well known thanks to the novel Lincoln in the Bardo. The former president’s son “Willie” Lincoln passed away as a child and is now interred here. Oak Hill Cemetery is located in a quiet corner of Georgetown and included on some Georgetown walking tours.

Inside the Lincoln Memorial visitors can find two of Lincoln’s famous speeches, the Gettysburg Address and his Second Inaugural Address. If you are a Civil War history buff then Gettysburg National Military Park is a must-see. It’s not located in Washington, DC and the drive takes 1.5 – 2 hours. We recommend a guided tour! All the Gettysburg guides are extremely knowledgeable and helpful.

If you’ve seen all of the major sites and still have time, here are a few more ideas for Abe Lincoln history buffs. 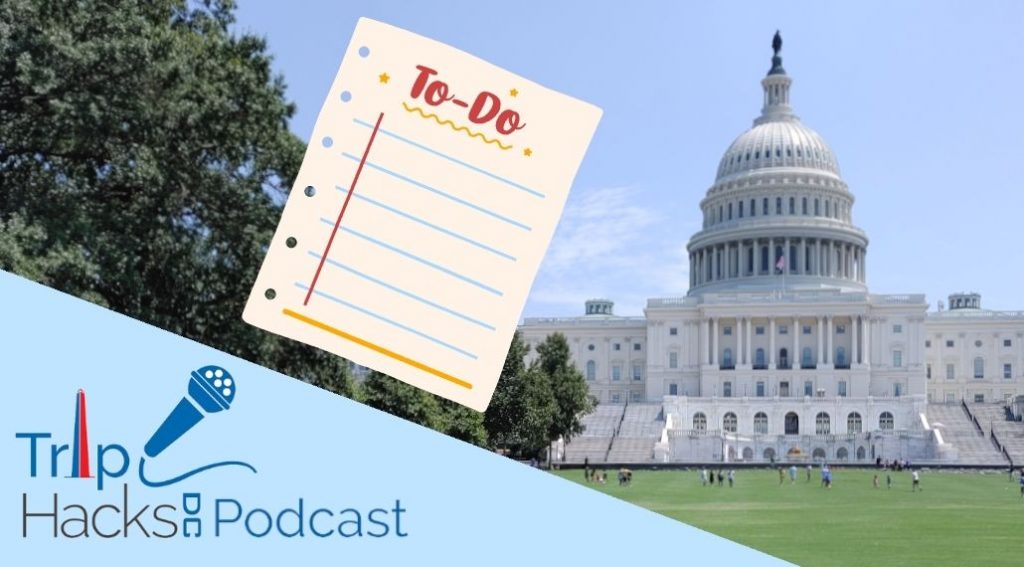